I’ve just spent a wonderful week cruising on the Dawn Princess from Melbourne to Tasmania (Burnie and Hobart) and then back up to Sydney. It was slightly chilly in the isle state – 10C most days! But the beautiful scenery, gracious locals and an abundant stream of history and facts cancelled out the cold bitter winds and left me wanting more!

So this holiday came with many firsts for me, starting with my first ever aeroplane ride and I was slightly and inwardly freaking out – the fear of the unknown I think – but it wasn’t so bad. To be honest, I actually enjoyed it! The fast rush of take-off, the g-force pushing you into your seat, the roaring of the engines AND the free cookies and Coca-Cola! I luckily had a window seat and was able to watch as we circled out of the Sydney Domestic Airport and over the city of Sydney it’s self – over the Pyrmont Bridge, Centrepoint Tower, Circular Quay and Bondi Beach and then soared up above the mountains and clouds. It was just spectacular!

Another first was visiting the beautiful city of Melbourne and experiencing my very first Tram ride! We saw and did all the touristy things – a City-Circle Tram ride, Fitzroy Gardens and Captain Cook’s House, Federation Square, Flinders Street Station, the Yarra River, Edihad Stadium, Crown Casino, a life-endangering taxi ride and then visited a beach at St Kilda in South Melbourne where, we boarded our big boat the Dawn Princess! 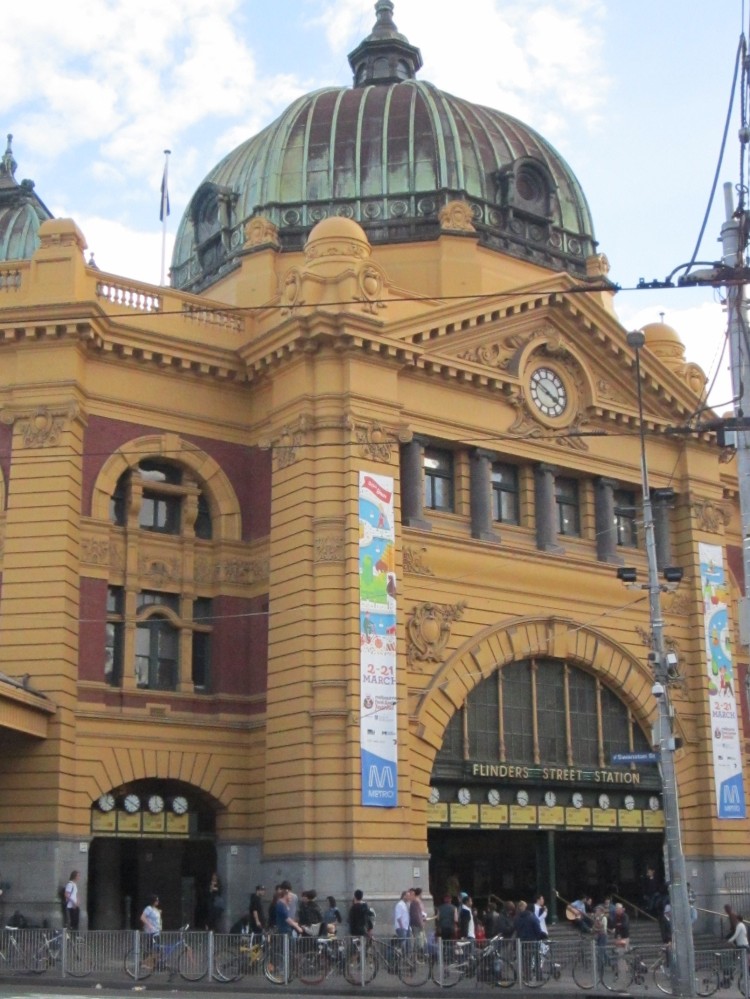 The third first thing I experienced was travelling to Tasmania and discovering the awesome landscapes, lay-back attitudes and bone-chilling cold of this isle state. Autumn was everywhere – leaves and trees were turning golden and amber blanketing the grass at their roots, acorns littered the paths and the sun shone brightly in the sky. Perfect.

This wasn’t my first cruise, it wasn’t my second cruise. This was my fourth and I loved every minute! Food! So much food! Tax and Duty Free shopping – new perfumes!! And stateroom fun!

But every holiday must come to an end and nothing beats the feeling of sailing into your home city witnessing the city buzz on as if it never missed you like you did it. We quietly sailed past the Sydney Opera House, under the Sydney Harbour Bridge and glided into our final port at Darling Harbour. Home.

So back to reality and my loyal sewing machine, waiting patiently to be switched on and sweetly chug along as I get back into my endless projects. I completed my April Craftsy’s BOM’s featuring a new technique that I’ve never done before – English Paper Piecing – and I LOVED it! It requires a lot of hand sewing which is just my kind of thing. I’ve also made about a dozen little purses for an art and craft stall this weekend at church – hopefully they sell well!

More sewing is on the way; I’ve got three quilts on the go, all at different stages and two others waiting to be started along with some more mini-blocks, embroidery projects and maybe a softie or two. Let’s get to it!

One thought on “A Holiday of Firsts….”

This site uses Akismet to reduce spam. Learn how your comment data is processed.

One more mini block made and pinned to my sewing room wall! 😍🧵 Always love a good Spool Block! This one finished up to a 5.5” square.
🖤🤍🖤🤍
She’s finished! 🐝😍
Reconnected with my sewing machine today and pieced together the sweetest little bumblebee block! 6.5”x6.5” of pure joy!!😍🐝
Happy New Year! 🥳
Wishing a big Happy ‘Boxing Day’ Birthday to my brother, Graham! 🥳🥳